As an injury attorney that loves premise liability fact patterns, I can spot an unsafe condition from a mile away. From an oil spill at a gas station to a concealed depression/hole on condominium property, nailing down liability in these cases can be extremely difficult. In order to effectively represent injured claimants in these scenarios, it is critical to be aware of the open and obvious doctrine, its application, and how to minimize its impact on your case. As a matter of course, defense attorneys invariably argue open and obvious in almost every premises liability case, hoping to water down the Plaintiff’s liability position. However, experienced attorneys understand that the open and obvious doctrine can be defeated with proper argument and expert(s) (each case is obviously different).

In an recent opinion filed on July 21, 2019, from the 5th District Court of Appeal in Florida, the Court re-affirmed that the open and obvious doctrine “does not completely discharge the property owner’s duty to maintain the premises in a reasonably safe condition”. Parker v. Shelmar Property Owner’s Association, Inc., et. al., No. 5D18-2105 (Fla. 4th DCA. June 21, 2019); see Trainor v. PNC Bank, N.A., 211 So. 3d 366, 368 (Fla. 5th DCA 2017). This ruling may not be new to injury attorneys but it is particularly important in a premises liability injury case when a Defendant moves for Summary Judgment because the hazard is argued to be open and obvious. In Parker, Plaintiff sustained injuries when she tripped on a wheel stop in Defendant’s parking lot which was, arguably, open and obvious. Plaintiff alleged that Defendant had a duty to maintain the premises in a reasonably safe condition and that the specific placement of the wheel stop breached that duty, resulting in her injury. Defendant moved for Summary Judgment as a matter of law, pursuant to the open and obvious doctrine. The Circuit Court for Seminole County granted Summary Judgment. However, the 5th DCA reversed, finding that “when an injured party alleges a breach of the duty to maintain the premises in a reasonably safe condition, factual issues frequently exist ‘as to whether the condition was dangerous and whether the owner or possessor should have anticipated that the dangerous condition would cause injury despite the fact that it was open and obvious.’” Aaron v. Palatka Mall, LLC, 908 So.2d 574, 578 (Fla. 5th DCA 2005); see also Burton v. MDCPGA Plaza Corp., 78 So.3d 732 (Fla. 4th DCA 2012). While this ruling is not new, it is critically important to effective representation of our injury clients. As in Parker, utilizing the right expert can greatly help overcome Summary Judgment in these cases, especially if the hazard violates industry safety standards. If you have sustained injuries due to an unsafe, hazardous, or defective condition on someone else’s property, call our office for a free consultation.

What is a Non-Spoliation Letter, and Why Does It Matter to My Lawsuit?

It is sometimes the case that, following an accident, evidence goes missing, is misplaced
or discarded, or, in the more egregious cases, is intentionally destroyed or discarded. This could
be as a result of a business policy of only holding and/or storing surveillance film for a
maximum of 3-days, after which the surveillance film is automatically discarded. Thus, it is good
legal practice to send opposing counsel a non-spoliation letter if the sought-after evidence is
and/or could be deemed to be of a temporary life-span or could possibly be destroyed by its very
nature (such as the surveillance film mentioned above). But what is a Non-Spolitation Letter? A
non-spoliation letter is a legal tool attorneys use to put your legal adversary on notice of specific
evidence or types of evidence to preserve for litigation, and subsequently for trial. The term
“Spoliation” means to tamper with, destroy, modify, reduce, convert, or alter in any way, shape,
or form, a particular type or piece of evidence as the evidence was in its true organic original
form. Preserving evidence is important for trial, and preserving a specific type or piece of
evidence can make a huge difference in your lawsuit.

In the same vein, non-spoliation letters can be hybrid in nature. Sometimes I do not know
exactly what the evidence is going to be because the discovery phase of that particular case is
still in its early stages. However, in other cases, after I have legally analyzed a case based on its
merits and legal theories, I will want to mention and delineate specific evidence to be preserved.
These include vehicle black boxes in wrongful death cases, surveillance film in slip-and-fall
cases, corporate meeting minutes of board members in ultra-hazardous equipment cases,             specific sharp objects, training manuals and/or safety procedures in hotel premises liability cases, and time sheets and other business records kept in the regular course of business in cases involving a shooting and premises liability (as well as many other types of evidence).

There are no set formulae or indices for how to craft these types of letters, or what specific evidence one should include. These types of letters are crafted on a case-by-case basis depending on your case’s specific facts, legal theories, possible affirmative defenses, and even the far-sighted legal strategy for trial. For the reasons set forth hereinabove, it is critical to hire an attorney that is experienced in prosecuting personal injury claims.

Maybe – the Court must consider a 4-prong test to determine whether the equities (i.e. fairness) favor keeping your case in a Florida courtroom. This test is commonly referred to among attorneys as the Doctrine of Forum Non Conveniens. The Forum Non Conveniens test is best discussed in the 1996 Florida Supreme Court case of Kinney Sys. v. Cont’l Ins. Co., 674 So. 2d 86 (Fla. 1996). As is described in Kinney, there is a “strong” presumption against disturbing the Plaintiff’s choice of forum. Therefore, if a Florida Plaintiff files a lawsuit in a Florida courtroom, the burden of proof then shifts to the at-fault Defendant to argue why fairness favors keeping the case in the foreign state/forum. To accomplish this, the at-fault Defendant must satisfy the following 4-prongs:

END_OF_DOCUMENT_TOKEN_TO_BE_REPLACED 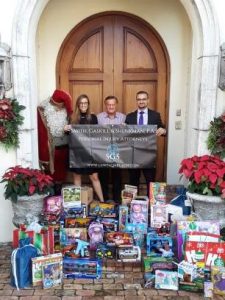 Smith, Gaskill & Shenkman, P.A., partnered with Operation Hope for their annual “Keeping Dreams Alive” toy drive! The firm was proud to have a collection bin inside of the office and excited to welcome past and present clients, friends, and the community in to drop off their donations. The turn out was wonderful and the firm would like to personally thank everyone who took time out of their busy schedules to stop by and donate to such a worthy cause. END_OF_DOCUMENT_TOKEN_TO_BE_REPLACED

The Personal Injury Attorneys partnered with Operation Hope to feed the homeless and the hungry in our community.

Smith, Gaskill & Shenkman P.A., is partnering with Operation Hope for their annual Thanksgiving Turkey Drive! Operation Hope’s goal is to create over 300 Thanksgiving Care Packages that include turkeys, sides, and pies. The care packages will be distributed to homeless and low income families in Riviera Beach and West Palm Beach neighborhoods on Novemeber 19, 2018.

END_OF_DOCUMENT_TOKEN_TO_BE_REPLACED 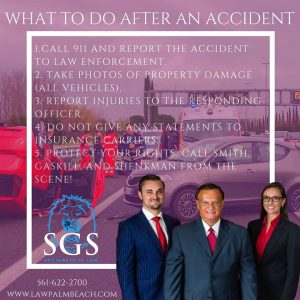 The immediate moments following an accident can be overwhelming and scary. At Smith, Gaskill & Shenkman P.A., we are here to make sure you stay safe, calm, and protected during this vulnerable time. Our personal injury attorneys have put together a list of steps to help guide you after an accident. Your safety and well-being are our top priority, make sure that you are safe and out of danger… then follow the following steps to protect yourself and your rights: END_OF_DOCUMENT_TOKEN_TO_BE_REPLACED 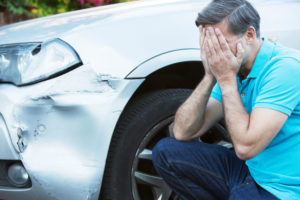 It is not a myth that insurance carriers look for any reason to deny or diminish the value of your claim—whether it be a policy exclusion, physical evidence, prior medical treatment (it may even be unrelated prior medical treatment!) or even the narrative of a Police Report. We have seen it all. To the untrained claimant, a denial seems like the end of the road. However, often times, it is not. END_OF_DOCUMENT_TOKEN_TO_BE_REPLACED

One of the aspects I love most about being a personal injury attorney is helping my clients on a global scale, and that sometimes includes stepping into the property damage arena. Although we are typically retained to represent claimants in bodily injury claims, it is imperative that an attorney also be knowledgeable and willing to assist with resolution of a claimant’s property damage, as needed. END_OF_DOCUMENT_TOKEN_TO_BE_REPLACED

Get A Free Case Evaluation